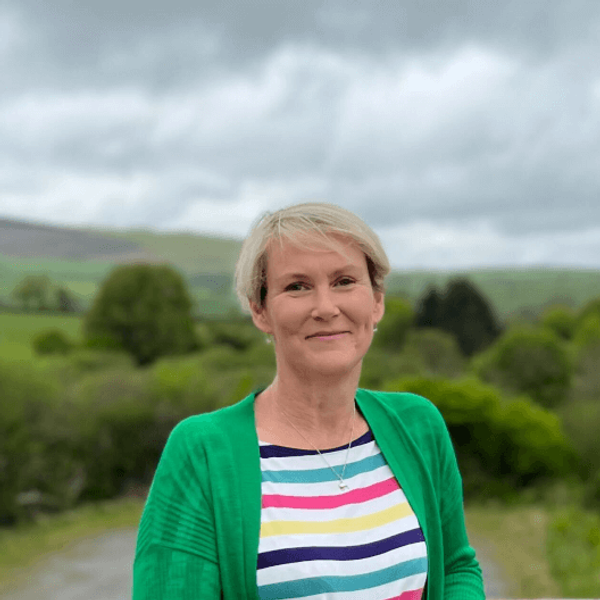 I, like many others during lockdown, decided to have a go at making sourdough. At least four failed attempts later (including one 40-year-old starter from Cumbria, bought online, which arrived in a little baggy and looked like the bottom of a pond), I finally created ‘Thing’.

Share Tweet
Thing is my pet: I nurture and care for her with organic rye flour and once a week I make a single loaf of country grain sourdough which gives me such an inordinate amount of pleasure that I can’t now imagine it not being a part of my usual routine. Thing sits in the fridge for 6 days out of 7, waiting for her weekly meal when she bursts into gloriously bubbly, pungent, ebullient life. If I go away on holiday, she also has a holiday with my neighbour who will feed her while I worry if she’ll still be alive when I return!

My many 'pre-Things' were a source of terrible anguish (dramatic I know, but stick with me). With each disastrous failure, I swore never to attempt it again until my bloody-minded stubbornness saw me concocting a new brew only to fail again. Finally though....success! She lived, and continued to live and over the ensuing months she grew in both flavour and potency until we reached a happy, mutually beneficial relationship - I feed her, she feeds me.

It's slightly mystifying, this ‘love’ I have for a puddle of flour and water but there’s magic in the process; the invisible natural yeasts floating around in the air and populating this brew; the symbiotic community of lactic acid and wild yeast feeding on the carbohydrates present in the flour hydrated with water and allowed to ferment.
I say magic because, at the heart of it all, it is simply flour and water but the outcome is nutritious, delicious and quite possibly the answer to the wave of ‘gluten intolerance’ that we have seen in recent years.

I wish I had known about the many inspirational artisan bread baking courses at Craft Courses. Hindsight is a wonderful thing!
Let's get the science out of the way first! Sourdough is said to be beneficial for our gut:


So how does it work? What is fermentation?


Fermentation is a natural process through which microorganisms like yeast and bacteria convert carbohydrates such as starch and sugar into alcohol or acids. The alcohol or acids act as a natural preservative and give fermented foods a distinct zest and tartness. Fermentation also promotes the growth of beneficial bacteria known as probiotics. Probiotics have been shown to improve immune function as well as digestive and heart health. Adding fermented foods to your diet may benefit your overall wellbeing.

Studies have shown that fermented foods may also promote mental health: the probiotioc strains Lactobacillus helveticus and Bifidobacterium longum have been linked to a reduction in the symptoms of anxiety and depression with both strains found in fermented foods.

While more research is needed, some studies have found links between certain probiotic strains (including Lactobacillus rhamnosus and Lactobacillus gasseri) and weight loss/loss of belly fat. As many of us are painfully aware, too much weight around the middle is a risk factor for lifestyle-related morbidities such as diabetes and heart disease.

Ouch! That's all a bit serious!!

“Can I bring you some of my sourdough starter. Would you like that?" Hattie raised an eyebrow at me. "I don't know," I said. "It is quite a commitment. I had some before and I didn't look after it. It died and I felt terrible".”

It's really no laughing matter (she says tittering away quietly). The pain when your starter shuffles off its mortal coil is real. But when the stars align; your ducks form an orderly queue; divine intervention happens; call it what you may; when that magical moment finally happens and you have created a temperamental, sometimes volatile but often charmingly cooperative 'friend', your life is changed (hopefully for the better).

Let's face it, a serious sourdough habit is a commitment but once you've stumbled across that perfect formula, tried a thousand recipes and discovered your perfect loaf, you won't look back. You'll be hooked and in a good way!

If you're ready to create your own 'Thing', browse our wonderful artisan baking courses and begin your own sourdough journey. If you're still hesitating, here are a few 'snippets' to tempt you:

"At the end of the course my enthusiasm for sourdough baking was increased and I have continued to bake ever since and feel I am at the start of a journey that will continue." Jane

"If like me you really love the idea of making your own bread, with more natural ingredients - but the results so far a a bit all over the shop. If you bought a book and still... meh... Then this is the answer." Dianne

"I came away with all this wonderful bread, my sourdough starter (which I have named Doris) and my homework which I will endeavour to make into an acceptable loaf. I have wanted to learn how to bake sourdough for a while and am so pleased that I was able to start my journey." Yvonne


For more reading, why not check out some advice from the experts.