10 Artists you NEED to know about - and they are all women!

Today, 8 March 2019, is International Women's Day and so it is time to reflect on the progress that has been made and to celebrate womanhood.

In honour of all creative women living now and throughout history, we have chosen a selection of female artists and crafters who have inspired our team. Some you will be familiar with, but all are incredibly noteworthy.

Plus, we take a look at the crafters of today who are changing history and influencing the lives of women for the better. 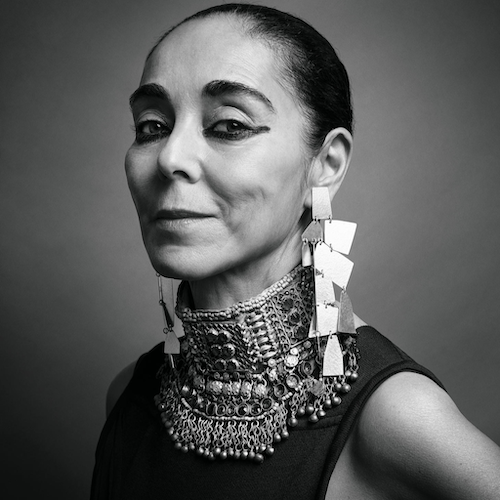 An Iranian visual artist who lives in New York City, known primarily for her work in film, video and photography. She was born in Iran in 1957 to a wealthy Persian family of five children. Her father was a firm believer in education and sent all the children all over the world in pursuit of higher education, so Neshat traveled to California to study and received her BA, BS and MA. She moved to New York City to get married and didn’t return to her birth country until after the Iranian Revolution. The shock of seeing her country so changed by religion, especially in people’s dress and public behaviors, sparked her first mature body of work.

She also created movies and short films and in 1999 won the International Award at the Venice Biennial. Her work usually shows the complexity of certain oppositions, such as black and white or man and woman, and sparks conversations about social, cultural and religious codes of human behavior. She currently lives in New York City, New York. 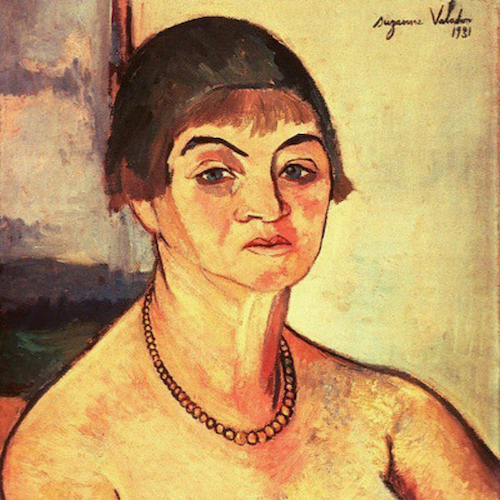 Valadon was a French painter and artists' model who started life as a Marie-Clémentine in 1865 and grew up in poverty. She was renamed Suzanne by the famous artist Henri de Toulouse-Lautrec, whom she posed for.

She taught herself how to paint still lifes, female portraits, female nudes, flowers, and landscapes that are noted for their strong composition and vibrant colours.

She was the first woman to be accepted to the French Société Nationale des Beaux-Arts in 1894 and her artwork was never confined by tradition.

As one of the best documented French artists of the early 20th century, Valadon's body of work has been of great interest to feminist art historians, especially given her focus on the female form.

"It has been argued that many of her images of women signal a form of resistance to some of the dominant representations of female sexuality in early 20th-century Western art. Many of her nudes painted from the 1910s onwards are heavily proportioned and sometimes awkwardly posed. They are conspicuously at odds with the svelte, 'feminine' type to be found in the imagery of both popular and 'high' art." 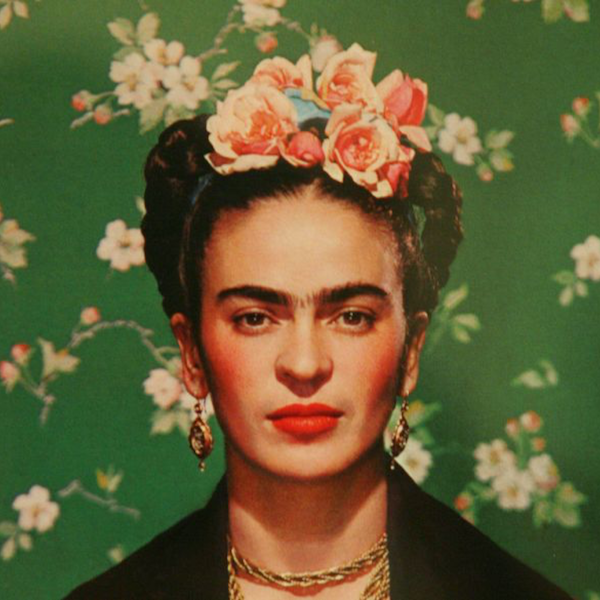 A Mexican painter, most famous for her colourful self-portraits and is now recognised as a feminist icon. At a young age of only 18 she was involved in a bus accident that meant years of being bed-ridden and a lifetime of pain. It also resulted in her not being able to have children. To help her pass the time her father gave her some paints and this is when she began to paint as a way of escapism, exploring herself emotionally and spiritually, developing her unique, naive style.

Kahlo went on to marry the artist Diego Rivera, twice, and together they travelled the world: adventuring and getting involved in local political movements.

She passed away in 1954, at the age of 47, and though she had a short life she is a great example of to live it to its fullest, despite pain and suffering, and to celebrate our own individuality and uniqueness.

Click here for more information and to see work by Frida Kahlo. 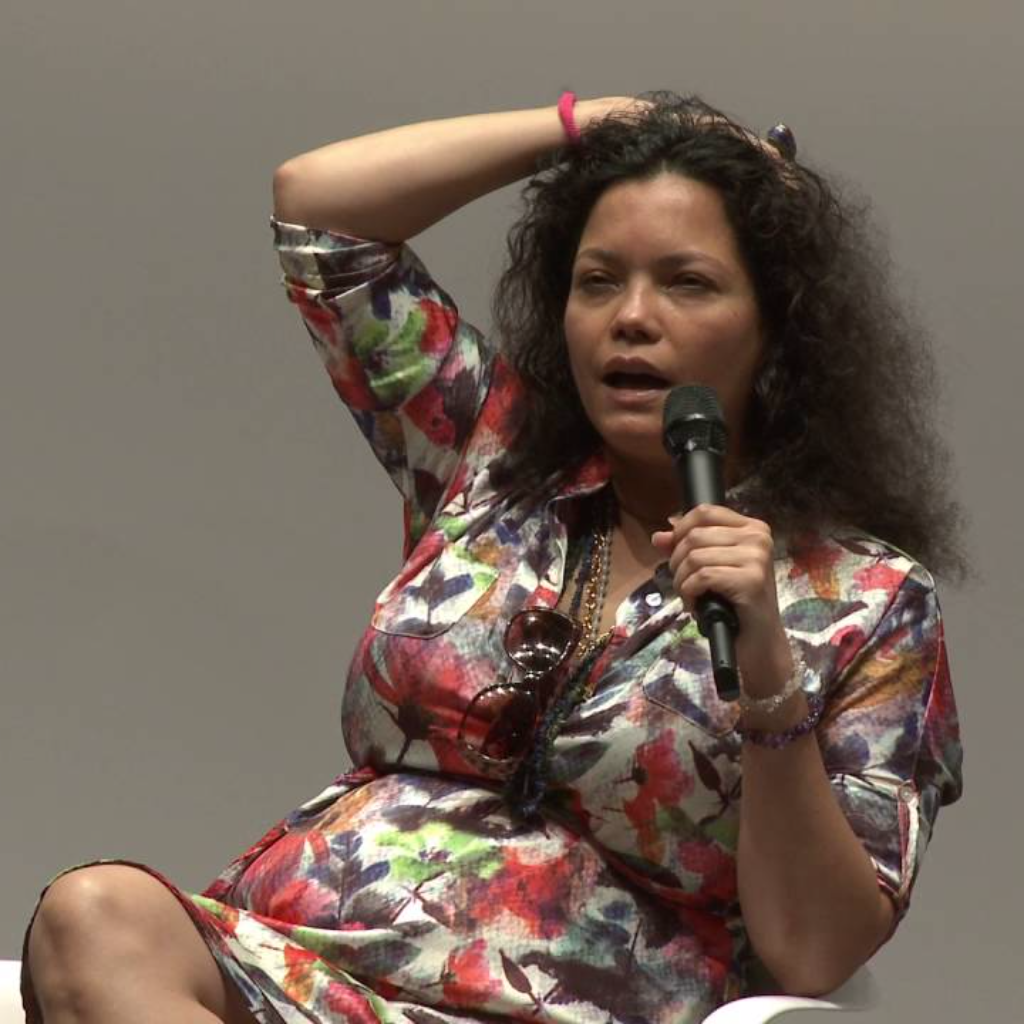 A South African artist born in 1974, in Durban, South Africa and attended the University of Witwatersrand in Johannesburg and later received a Masters of Fine Arts from Goldsmiths College, University of London.

"Making work is a documentation of a journey – each stage, each process, each dilemma has to be worked through. At one time I felt pressured to do a lot of things at the same time, but now I want to take one step at a time. When you make an artwork you're not just doing something at that moment, you're contributing to an entire history of artmaking."

Rose has investigated questions of gender and colour, often through the visual motifs of her own body and body hair. Her work as a contemporary multimedia artist and feminist usually showcases her multicultural ancestry and her history growing up as a mixed race person in South Africa. Her performances, videos, and photos illustrate the disparities of her political and social landscape. 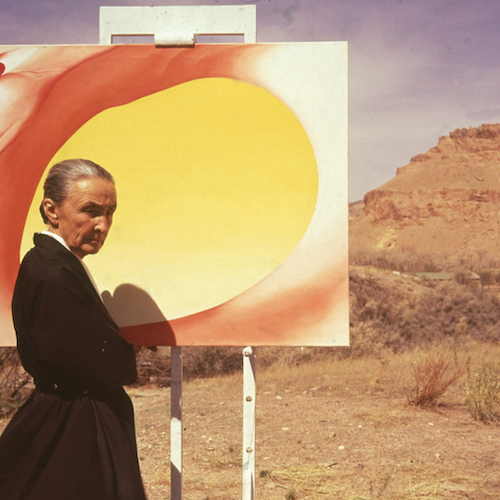 Born in 1887 on a dairy farm in Wisconsin  Georgia O'Keeffe decided at only 10 years of age that she was going to be an artist.

She is best known for her paintings of enlarged flowers, New York skyscrapers, and New Mexico landscapes and has been recognised as the "Mother of American modernism".

She changed the art world at the time with her unique style and it was her love of making large-scale paintings of natural forms at close range that really highlighted her excellence as a painter and made her one of the most well-know female artists.

Many have claimed that her maginfied flowers represent women's genitalia, although O'Keeffe consistently denied that intention, the reputation of the portrayal of women's sexuality was also fueled by explicit and sensuous photographs that Stieglitz (her husband) had taken and exhibited of O'Keeffe in celebration of the female form.

In her later years when she lost her eyesight she learned to express herself through clay instead, until she died aged 98.

Find out more by visiting the O'Keeffe Museum online. 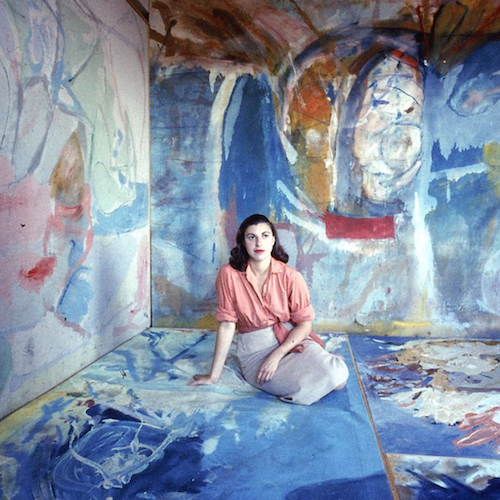 Helen Frankenthaler was an American abstract expressionist painter (1928 - 2011). She was a major contributor to the history of postwar American painting.

Her breakthrough "stain" painting Mountains and Sea was key to the transition from Abstract Expressionism to the flat, meditative forms of Color Field Painting - a term used to describe the work of Frankenthaler.

Frankenthaler poured cans of paint onto canvas, allowing the material to create fluid shapes and abstract masses. She broke through the masculine-dominated movement, retaining her strong artistic voice, though she did not consider herself a feminist:

"For me, being a 'lady painter' was never an issue. I don't resent being a female painter. I don't exploit it. I paint."

Find out more about her work here. 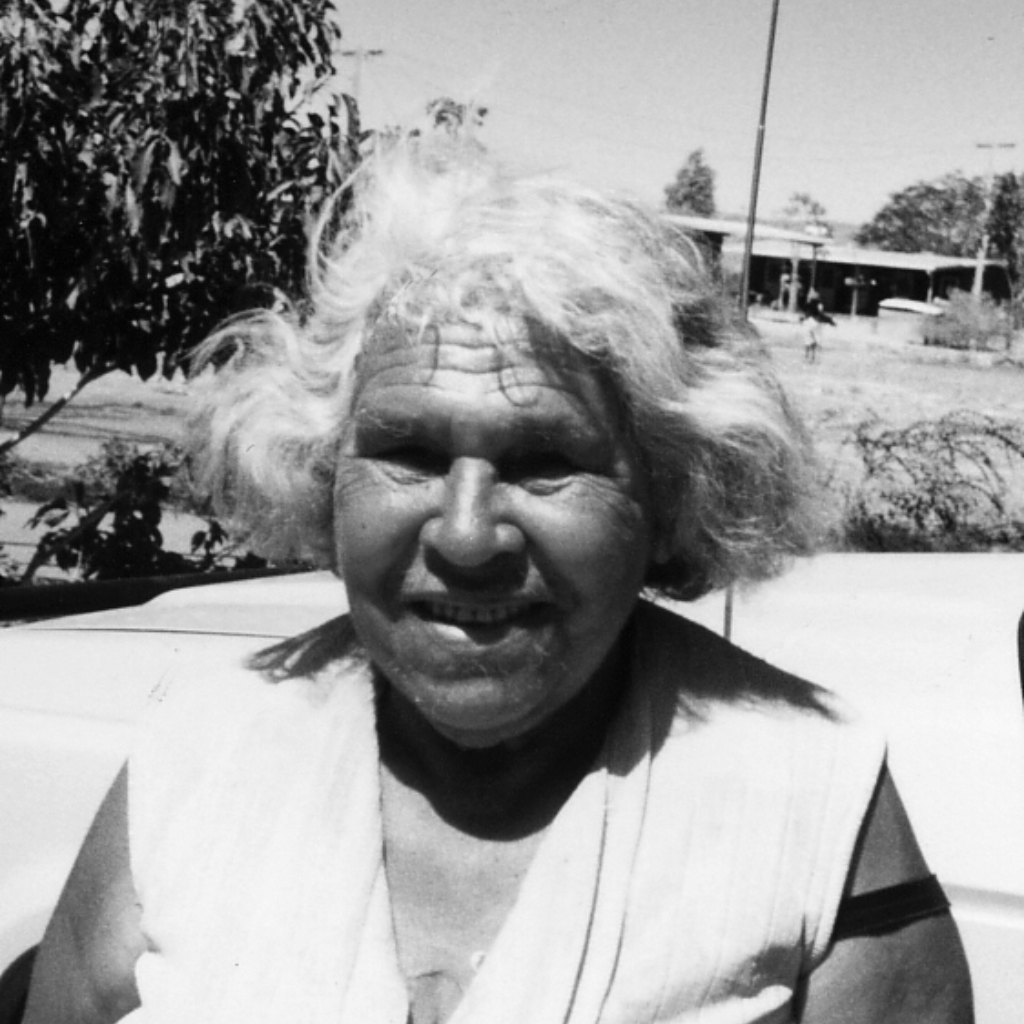 Born in 1920 Queenie is considered one of the best contemporary Indigenous Australian artists and was declared a “State Living Treasure” in 1998, when she passed away.

Despite being of mixed parentage Queenie's mother managed to avoid having her daughter  removed to an orphanage (as was the policy at the time) and so she had a truly traditional Aboriginal upbringing. She spent her childhood being taught the practical knowledge of managing cattle and riding horses.

She went on to study at the Waringarri Aboriginal Arts Corporation, which was established in the 1970s as a living, growing art center celebrating the uniqueness of Miriwoong cultural identity.

Queenie worked in health and female service organisations before becoming an artist in 1990. She used the natural earth pigments around her to create representative landscapes that have ended up in galleries and collections all over the world.

You can see some of McKenzie's striking artwork here. 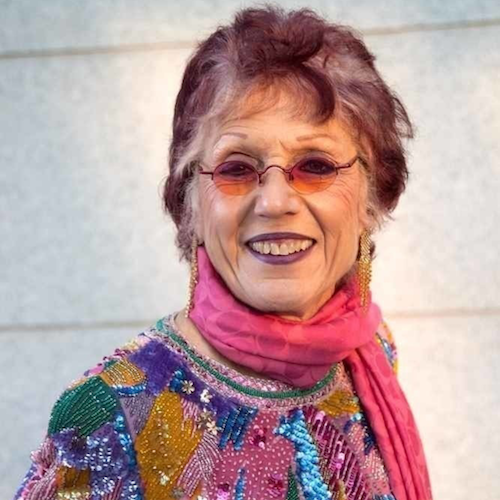 Chicago is an American feminist artist, art educator, and writer known for her large collaborative art installation pieces about birth and creation images, which examine the role of women in history and culture.

Her work utilises needlework, welding and pyrotechnics. By the 1970s, Chicago had founded the first feminist art program in the United States when female artists tackled issues of gender head-on.

With her own homage to the notable women of history, in The Dinner Party from 1974-1979, Chicago produced an iconic installation commemorating 1,038 women in history, with embroidered entry banners, an engraved floor and a massive triangular banquet table of place settings for 39 women, with guests ranging from the Primordial Goddess to Georgia O'Keeffe. 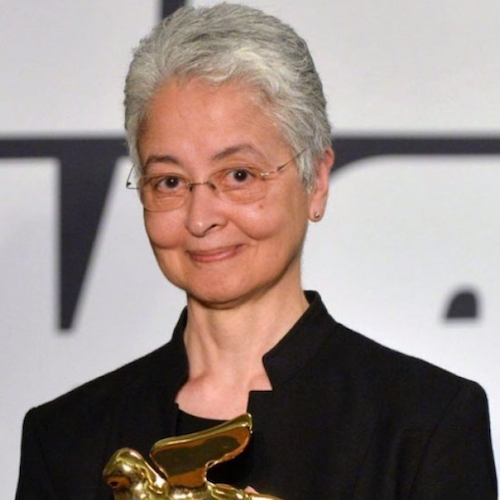 Piper was born in 1948 and is an American conceptual artist and philosopher. She uses a mix of traditional and unconventional art forms to provoke self-analysis.

"Dear Friend/I am black./I am sure you did not realize this when you made/laughed at/agreed with that racist remark," reads Adrian Piper's My Calling (Card) #1 from 1986-1990.

Piper is a trailblazer for addressing hot-button issues associated with gender and race.

In her Mythic Being series, Piper transformed herself into a lower-class black male and walked the streets of Cambridge, exposing the absurdity of society's stereotypes.

Her confrontational work remains extremely prescient and significant today, pushing us to question societal hierarchy and the perception of identity. 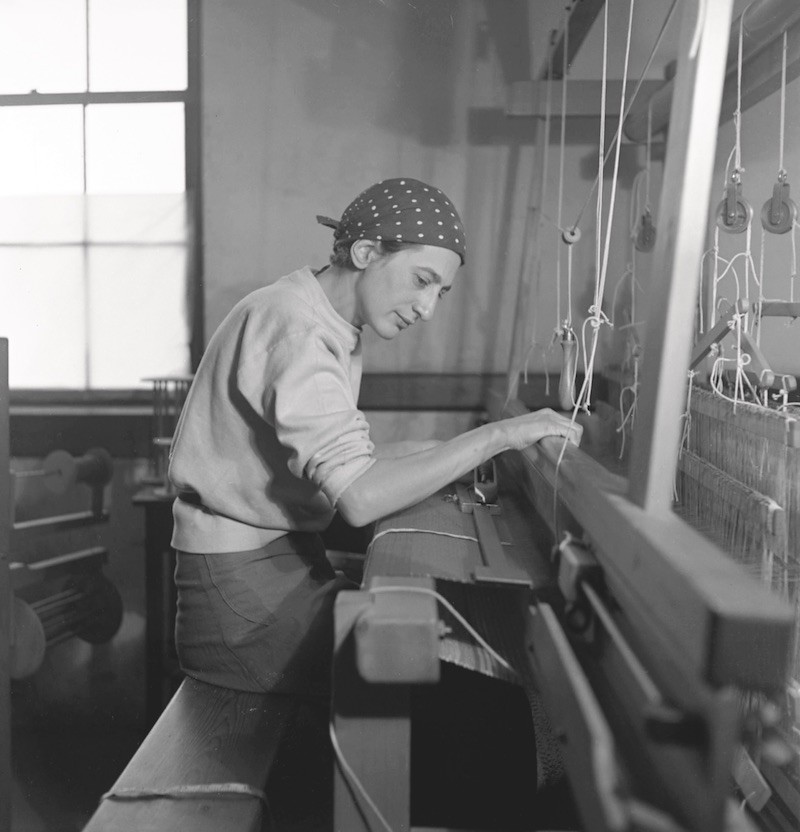 She was a weaver, trained at the famous Bauhaus, the radical German art school.  In 1933, under pressure from the Nazi regime, the school closed and the 34-year Anni, with her husband Joseph, emigrated to the United States.  She became a hugely influential figure in presenting weaving as a medium for art and design.

Anni Albers believed that in a world increasingly dominated by technology our awareness of what we touch can only suffer. Our sensitivity has been dulled over time.

‘If a sculptor deals mainly with volume, an architect with space, a painter with colour, then a weaver deals primarily with tactile effects.’

Albers wrote this more than 20 years ago.  Today, in a world where technology is pivotal to our day to day lives, her extraordinary work is arguably more important than ever.  Her work speaks in response to the deadening effect of technology overload.

This list is certainly not exhaustive nor in any way complete - the long list of influential women in arts and crafts is vast and continuously (and thankfully) growing. Using artistic creations to communicate complex emotions and draw attention to important issues has continued through history making a significant contribution to womanhood and society as a whole.

We are proud to work closely with a vast number of talented female artisans – from Blacksmith Joanna Williams forging her way in a male-dominated industry and leatherworker Nia Denman who brings a contemporary flair to this traditional craft, through to master felter Bridgette Bernadette who has exhibited at the Royal Academy of Arts in London and Gaynor Goffe who is a vastly experienced calligrapher passing on traditional and contemporary penmanship skills.

This is just a small selection from the thousands of talented craftspeople and makers who we are extremely grateful to work with and are thankful for their creativity and willingness to pass on and share their expertise. Take a look at the many inspiring courses here.