Knitting a family together through generations…

Interview with Jacqueline Exelby, a talented and dedicated craftswoman in the art of knitting, aged 75, of York, England 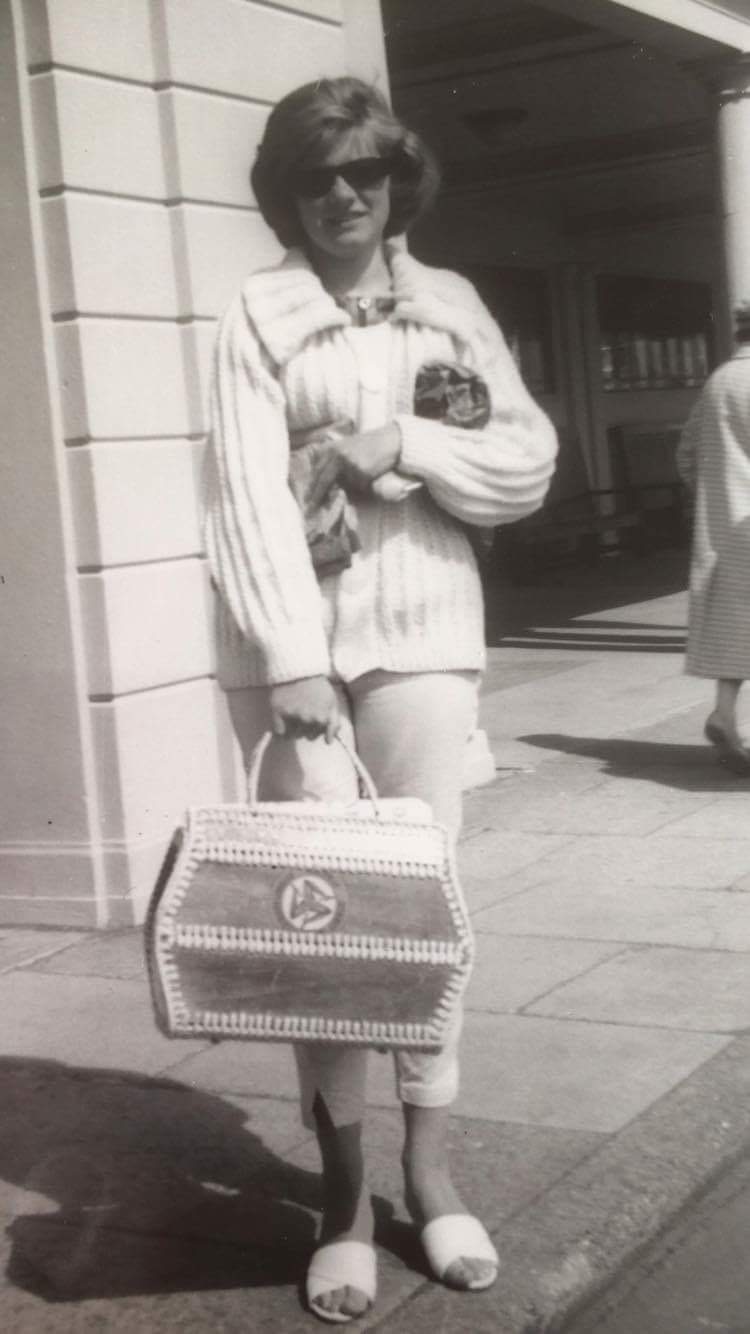 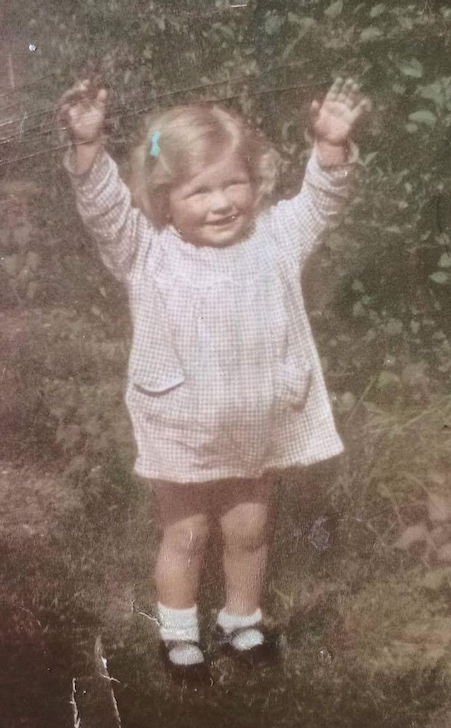 “When my sister and I were toddlers during the war time, we wore white socks that Mum had knitted with fairly thick white cotton. I'm sure she was very proud of them but unfortunately she had no fine elastic to weave into the top, so they were always in a wrinkled state round our ankles.

All my friends had shop-bought jumpers which I secretly envied. We all had to wear hand knits and our jumpers always wore out at the elbows (I wonder why!!) and had to be darned, which Mum taught us to do.

I was about five years old when Auntie Dot came to stay and taught my sister and I how to knit. She was a great knitter, particularly of socks, which are knitted on four needles. She must have had great patience because little fingers, needles and wool are not a good mix. Anyway she was obviously a good teacher because we both learned to knit, which led us to a lifetime hobby.

My first efforts at knitting were 'ties' for Dad from odd bits of wool Mum had lying around.  These ‘ties’ had about ten stitches per row all in garter stitch (every row knit). I can't actually remember ever finishing one, which I’m sure Dad was eternally thankful for.

Wool was quite expensive back then so when cheaper yarns like acrylic became available some people moved on to them. The trouble I found was that man-made fibres weren't so warm and the garments didn't hold their shape, even when washed by hand. 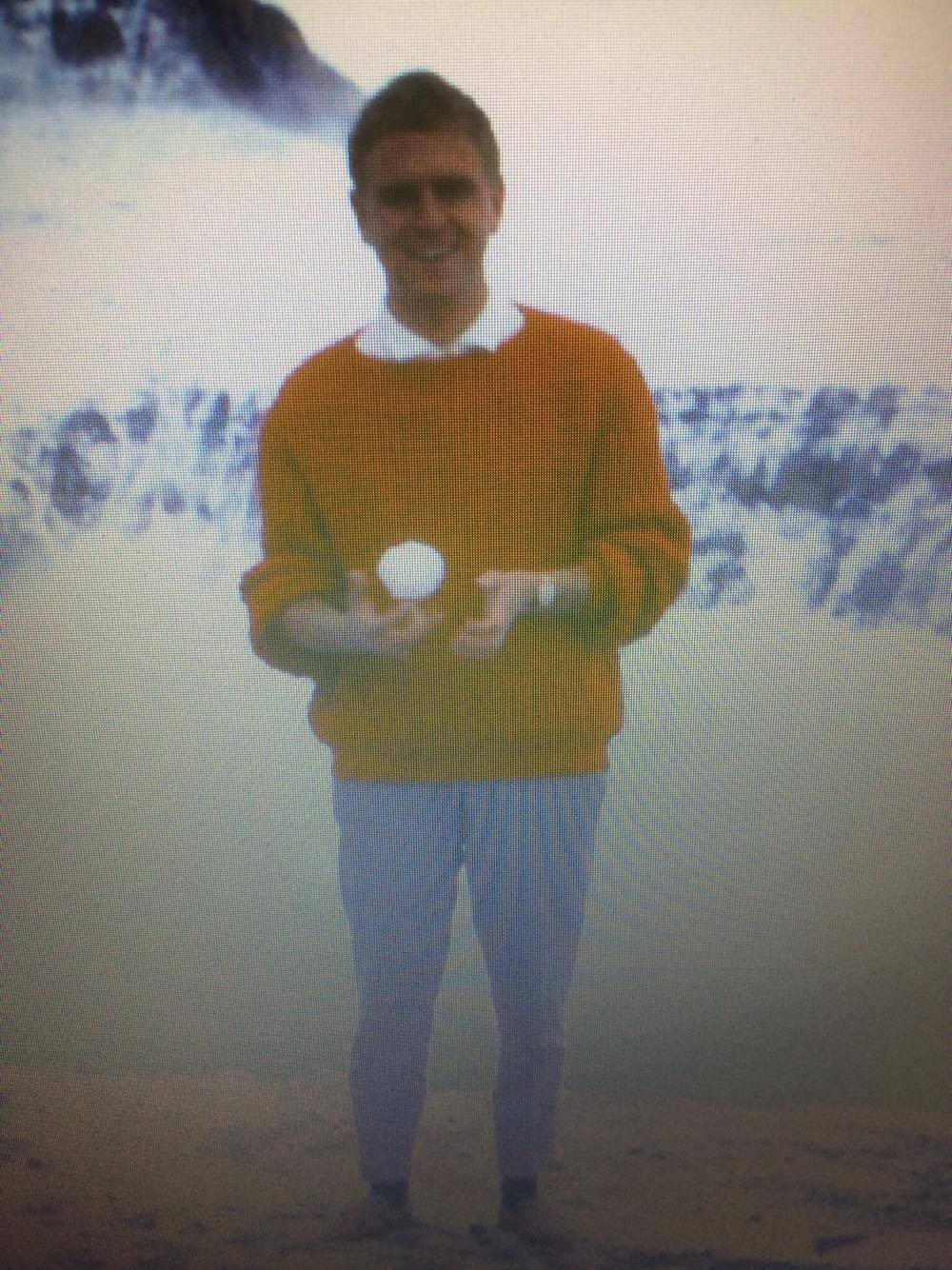 Machine washable wool didn't arrive until much later, so knitted garments were always hand washed (by actual hand, not on any hand-wash setting I might add!) and dried by laying out on newspapers on a flat surface. In those days, Monday was wash day and Mum would get her enormous preserving pan out and on the stove, full of laundry. Different garments required different levels of heat and then everything would be hand rinsed in the sink and dried on the line. Even in 1964, when I got married,  like most people we didn’t have a washing machine, so from bed sheets to terry nappies everything was done by 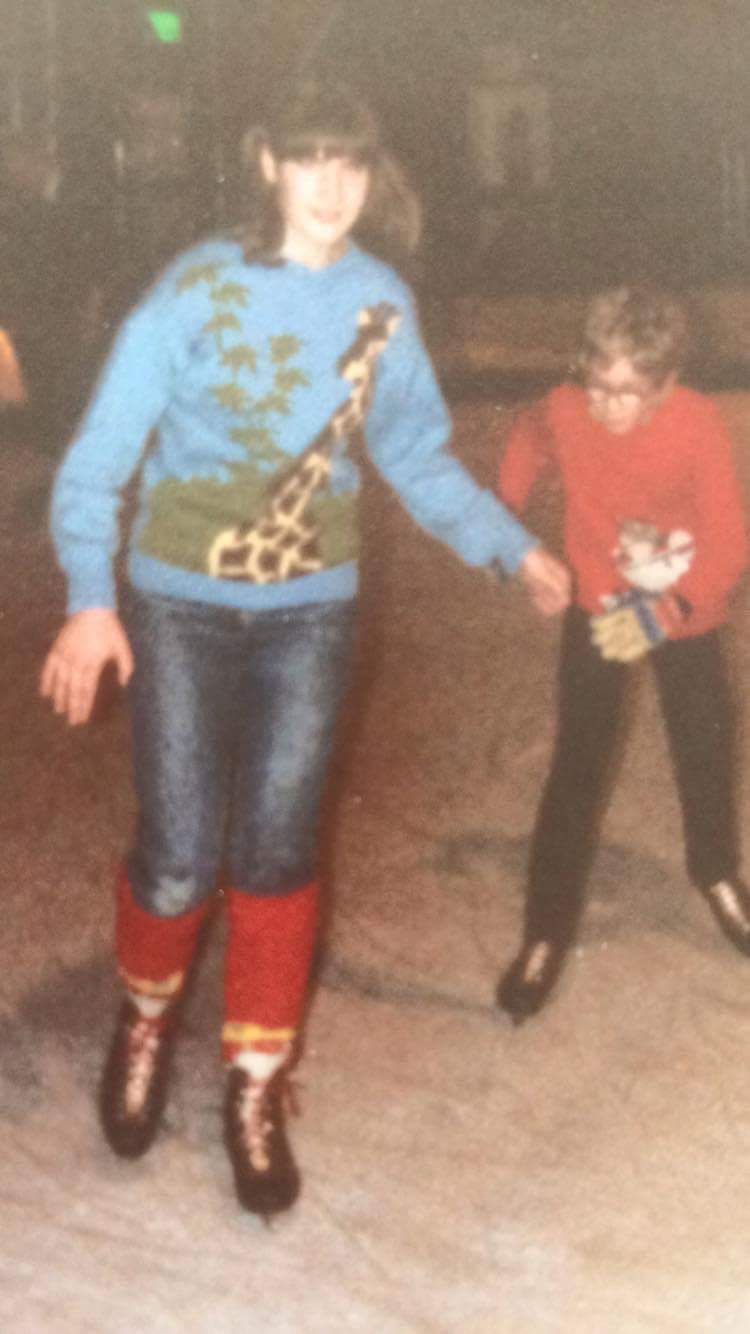 hand. When we finally saved up for an automatic Hoover washing machine, it was a Godsend and it lasted 17 years!

When I met my future husband he asked me to knit him a jumper, which of course I was thrilled to do. I spent many hours knitting a bright red fairly intricate pattern only to find it was miles too big for him, so I pulled it all out and started again. His father thought I was completely mad. My husband 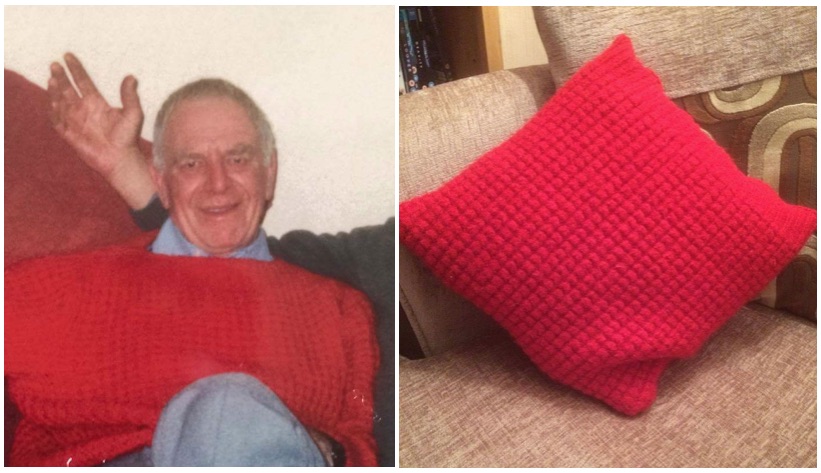 wore it proudly - for about 50 years if you can believe that! In the end, it was finally relegated to the back of the wardrobe and only came out once a year at Christmas.  After he died my daughter wanted to keep it so without thinking I put it in the washing machine and to my horror it shrank to a quarter of its size (not machine washable wool)! So my daughter had it made into a cushion.

If I don’t knit whilst watching TV in the evening, I get fidgety. This is still true today.

The most complicated knitting I have done was arran sweaters for the family (Mum made mine).  Knitting arran patterns involves lots of complicated stitches and cables. My greatest achievement was a cream cotton double bedspread, again with complicated stitches.  It was knitted in triangles which were sewn into squares and the squares to each other to make the bedspread. It took about 18 months to knit, it was stunning, a real work of art. Only recently have I got rid of it when some of the stitches started to give way after years of use and washing.

When my children were young teenagers in the 80s there was a craze for jumpers with patterns or motifs on the front, an animal or something similar and I managed that quite successfully. 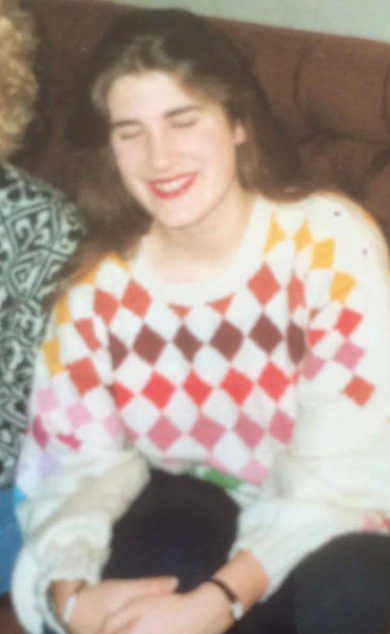 I was delighted to be able to knit baby clothes, shawls and blankets for friends and family when they started having babies. This has gone on through the family for my children, grandchildren and great nieces and nephews.

I always have some knitting on the needles and when nearing the end of a garment I am already thinking what I can make next, a bit like reading a book, I always have another 'waiting in the wings'. A baby cardigan takes about two weeks of evenings, an adult garment probably a month.

Unfortunately I haven't kept a photographic record of my knitting. I didn't think anyone would be interested, but this would be a good idea for anyone just starting out. 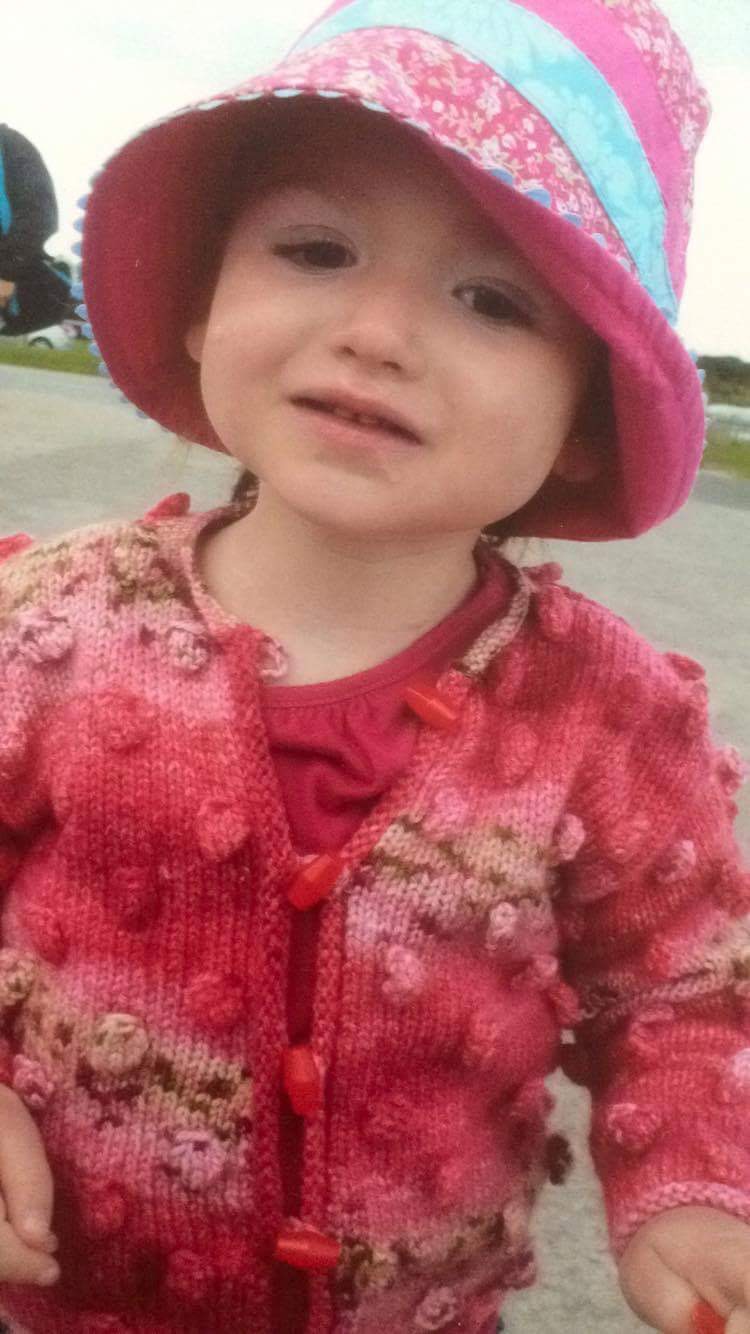 Anyone interested in learning should be encouraged as knitting is a very rewarding skill.” 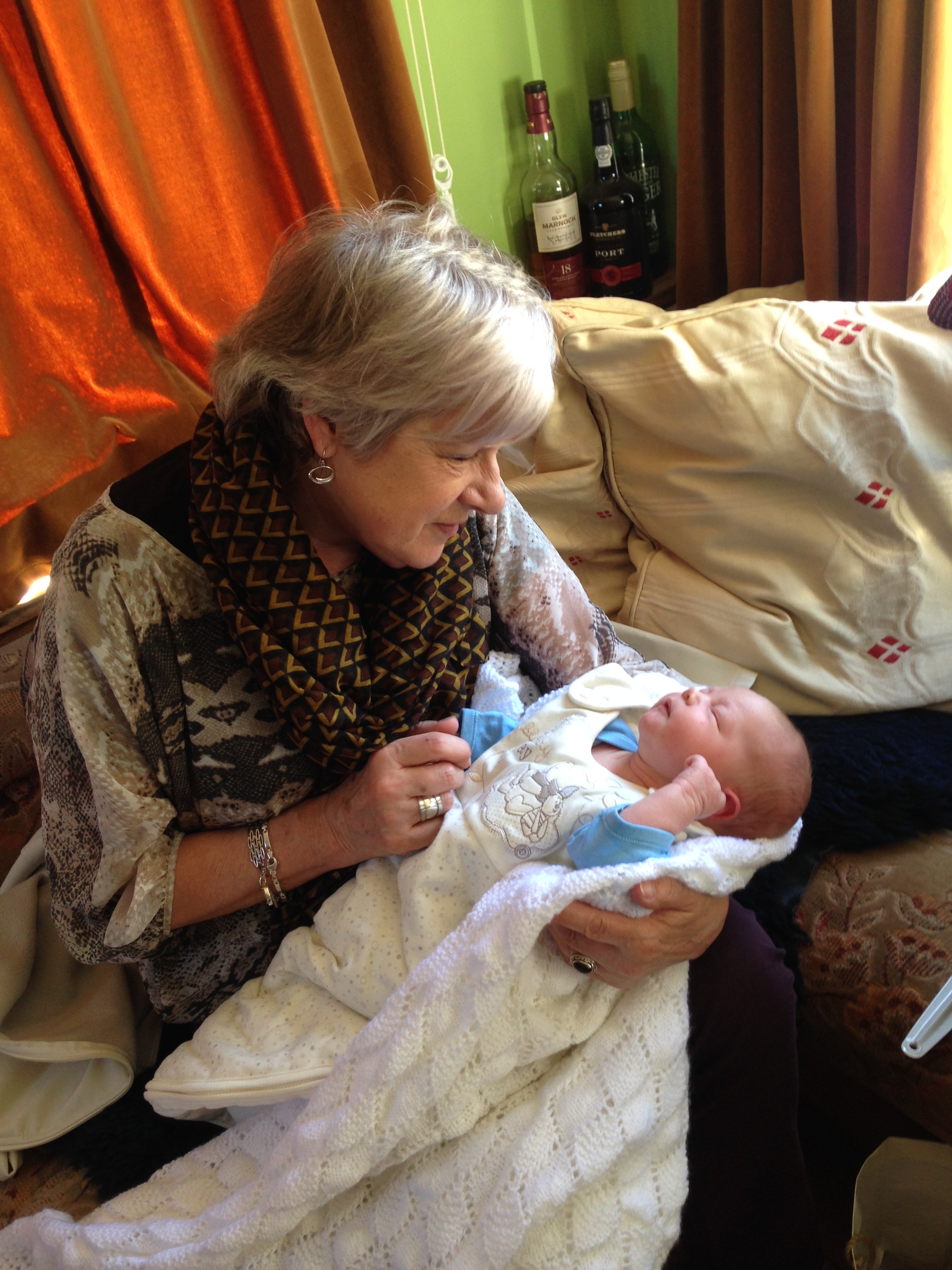 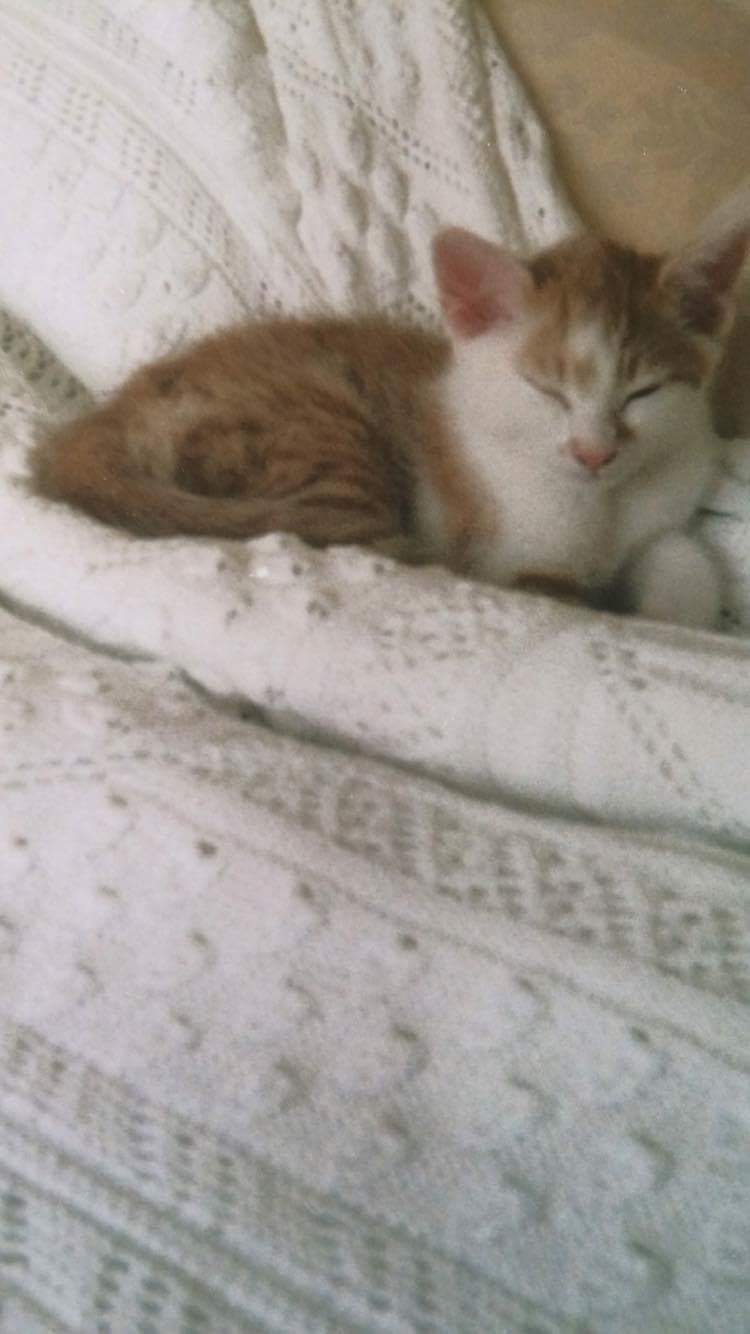 Jacky holding her baby grand-nephew Abel, April 2014, wrapped in the beautiful white blanket she had knitted for his birth.

Dawn in a beautiful harlequin jumper knitted by her Mum.

Arthur in his 50 year old red knitted jumper. And the cushion it later became.

Jacky's husband Aurthur on holiday in Switzerland in the red jumper. This was taken shortly after their marriage, when the jumper was still new.

Jacky as a toddler in war time Britain, with her hand knitted socks around her ankles.

Don't be too ambitious to start with.

Choose a simple knitting pattern, a dolls or babies cot cover for example.

Once more proficient, use a good quality yarn, anything too cheap might lose its shape and that is disappointing.

Nearly all yarns are machine washable these days, but check the label!