Can you offer an old rocking horse a good home? 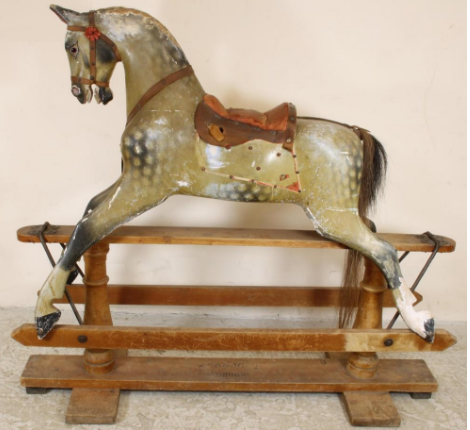 The collection belongs to Anthony Dew, founder of The Rocking Horse Shop, a rural craft business with a world-wide reputation based near York and father of Kate and Lynn who run the CraftCourses website.

There will be a 'rocking horse to suit every pocket' at Hartley’s upcoming auction. The best rocking horses are expected to fetch thousands, but the smaller, simpler ones are likely go for as little as five or ten pounds.

Anthony Dew, 'The Rocking Horse Man', has been a specialist designer, maker and restorer of wooden rocking horses for over forty years. 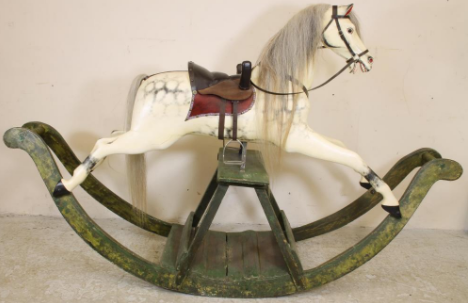 He started collecting after he saw old and battered horses being thrown away when the children had outgrown them. ‘That was such a pity,’ he says, ‘because some of those old rocking horses were beautifully and skilfully made, magnificent examples of a traditional hand-craft. 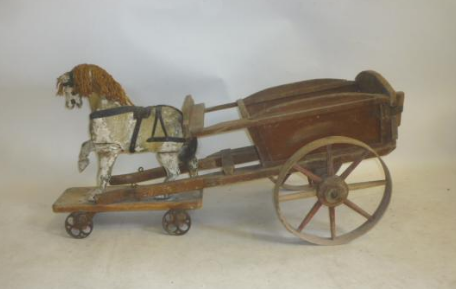 I felt they should be preserved, as valued museum pieces or restored and given a whole new lease of life. A rocking horse may grow old and worn, but he need never die!’

‘A rocking horse can take riders anywhere in the world - in their imagination - with all the fun and excitement of the real thing but none of the danger or hassles. Even now in the twenty-first century, they remain a wonderful and much-desired plaything. Antique examples of the craft are now much more appreciated and valued than they used to be.'

The horses at auction include some famous historical rocking horse makers such as F.H Ayres, Lines Brothers, Collinsons', Leach, Leeway and others. There are tricycles, bow rockers, dolls' house rocking horses, rocking horses in cast bronze, rocking donkeys and carousels...

Is The Rocking Horse Man retiring? 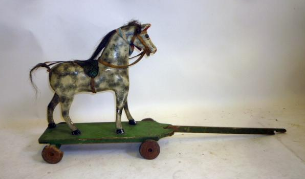 ‘No. Definitely not. The Rocking Horse Shop continues and new owners have taken over.

But I don't think I'll ever retire. I love designing and making things and will continue to do that for as long as I can. 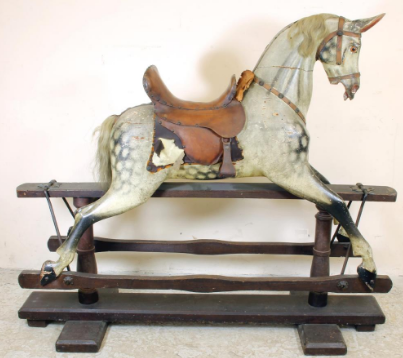 A few years ago I designed and built the biggest hand-carved rocking horse in the world, but now I’m concentrating on smaller things and have plenty of ideas. Recently I’ve designed and made a series of toys with ‘adult’ appeal including rocking Jeremys Corbin and Clarkson, a rocking Jesus, and for a friend’s new baby a rocking dinosaur with a mouth that opens and snaps shut. I keep on rocking and hope the next generation will too.’ 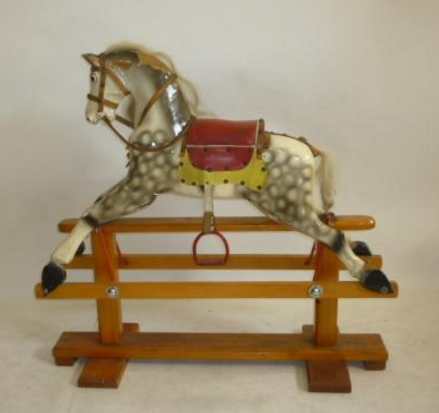