We sent Geraldine Dobbie to a special preview of the new Tate Modern Anni Albers exhibition, which opens today in London, to give you an insight into what to expect...

Anni Albers was a weaver, trained at the famous Bauhaus, the radical German art school.  In 1933, under pressure from the Nazi regime, the school closed and the 34-year Anni, with her husband Joseph, emigrated to the United States.  A teacher at the Black Mountain College in North Carolina, this exhibition at Tate Modern examines how she became a hugely influential figure in presenting weaving as a medium for art and design. 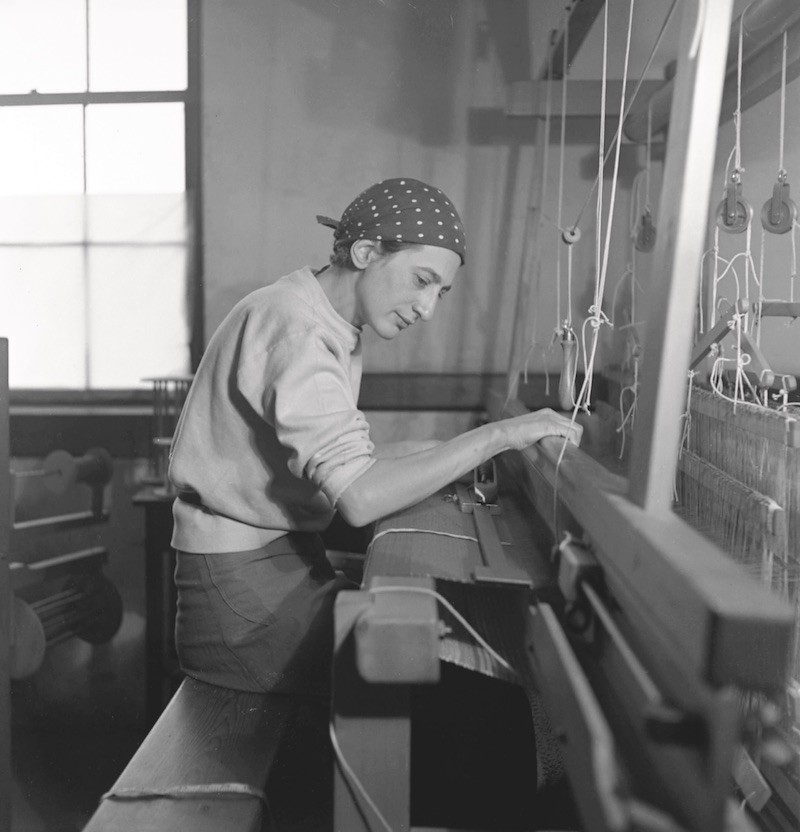 Anni Albers believed that in a world increasingly dominated by technology our awareness of what we touch can only suffer. Our sensitivity has been dulled over time.

‘If a sculptor deals mainly with volume, an architect with space, a painter with colour, then a weaver deals primarily with tactile effects.’

Albers wrote this more than 20 years ago.  Today, in a world where technology is pivotal to our day to day lives, her extraordinary work is arguably more important than ever.  This exhibition, the first of its kind, helps us understand what the artist is saying in response to the deadening effect of technology overload.

She travelled to Mexico and Peru studying ‘the most imaginative textile inventions in existence’.  The Tate hangings show how these patterns were a form of language.  The Albers method saw weaving go from fabrics for everyday use to artwork that would be hung.  She took weaving to another level, in some cases not using a loom.  These works were not to be sat on or walked on, only to be looked at.

Commissions from the wealthy allowed Albers to experiment.  In 1944 she designed a drapery fabric with light reflecting qualities for the Rockefeller Guest House in Manhattan.   She replaced solid walls with fabric hangings as a division, an experiment in modern living.

The Tate space gives us a taster of her vast output giving full reign to her use of hundreds of textile samples created over the years.  The yarns, patterns, weaves and techniques of these samples served as both ‘sketches’ and as an archive of her ideas.  That said she believed that her finished work could be traced back to a single thread.

This foray into weaving as a contemporary art form is a first for Tate Modern.  It is one they will not regret.  A truly wonderful and inspirational exhibition.